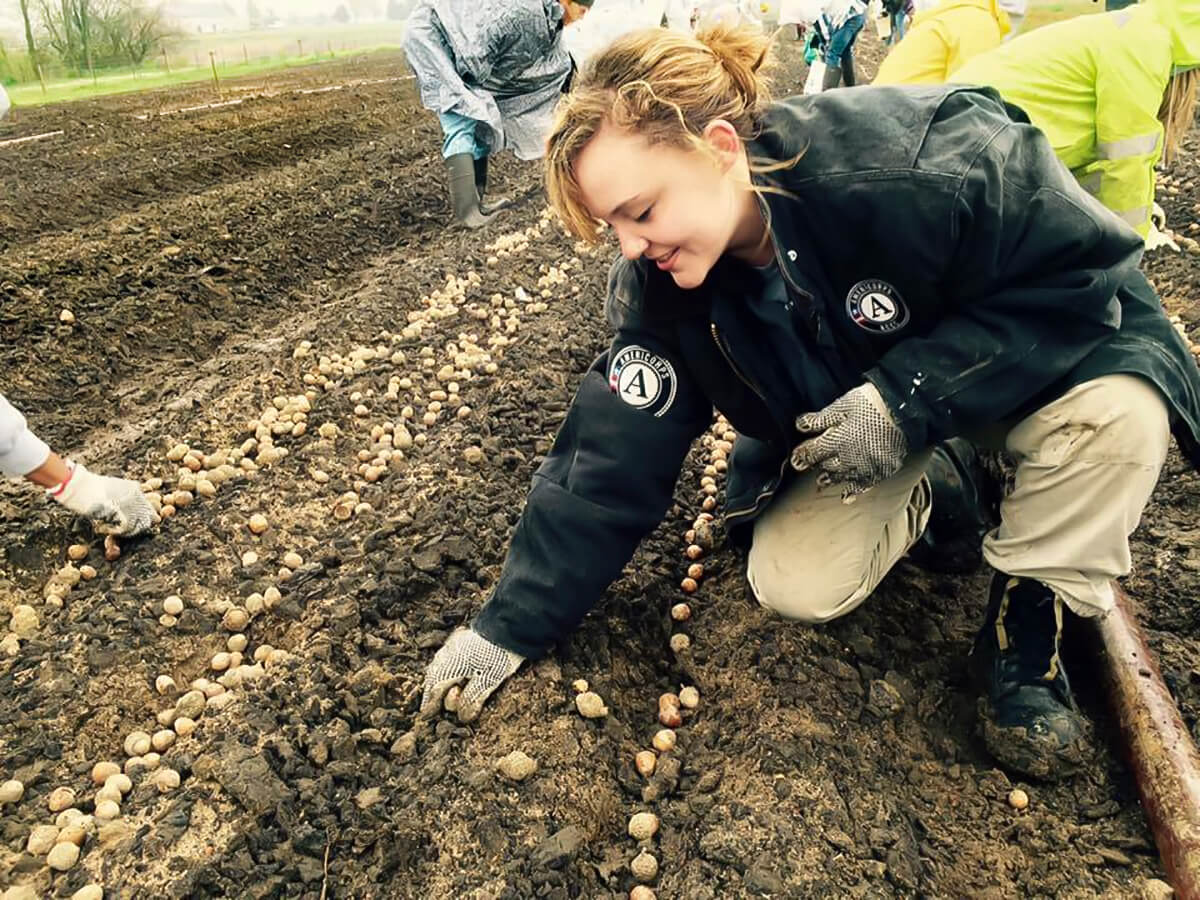 Before getting involved in national service, Katherine Kuhn didn’t know she would change the lives of others, nor did she expect her own life to be changed by the experience. Now she encourages any young person who is contemplating national service to do it.

“Jump in. It will be life-changing,” Kuhn said. “You’ll learn how tough you are, how much you are capable of and learn to prioritize bringing change in a positive way.”

A native of Brockport, New York, Kuhn says experiencing problems within her own neighborhood inspired her to get involved in national service. Her first service experience was as an AmeriCorps National Civilian Community Corps member in Flint, Michigan, where her team began their initial placement.

In Flint, she had the opportunity to help prevent summer learning loss among Flint Community Schools students by teaching at a STEAM camp. The free summer program offered innovative ways for children to sharpen their knowledge of science, technology, engineering, the arts and math. Kuhn and her team also worked on a project that focused on eliminating blight in neighborhoods surrounding schools so kids would feel safer and more secure. They also cleaned up playgrounds and repaired playground equipment.

“It was one of the best experiences of my life,” Kuhn said. 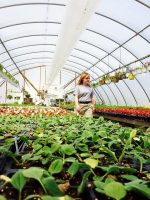 Katherine Kuhn and her AmericCorps NCCC team have helped communities respond to the pandemic, recover from learning loss, deal with the aftermath of storms and tend to gardens.
Photo: Jaimelee Milo

Kuhn’s work through AmeriCorps is an example of how the Flint National Service Accelerator promotes national service in Genesee County. The Accelerator provides assistance and resources that help nonprofits address local priorities by recruiting, selecting, assigning and training national service members from AmeriCorps State/National, AmeriCorps VISTA and AmeriCorps NCCC programs. The Charles Stewart Mott Foundation has granted more than $6.6 million in support of the Accelerator. The initiative, which is looked upon as a model for other communities, is operated by United Way of Genesee County.

Kuhn’s experience as a summer camp leader in Flint helped her realize she wanted to pursue a career in education and focus on projects that ensure all children have access to safe spaces to learn and play.

“I never felt comfortable with kids before I worked in Flint,” said Kuhn. “When I worked with them, I realized how amazing they are and how much I just really wanted to nurture them and to sort of provide them a better future. I learned a lot about myself and that I did want to work with children.”

Kuhn now works as an AmeriCorps VISTA member for the Pennsylvania Statewide Afterschool Youth Development Network — one of 50 statewide afterschool networks supported by the Mott Foundation. While in Flint, she worked on the front lines as a summer camp leader and in improving school playgrounds; in Pennsylvania, she has moved into behind-the-scenes program planning and capacity building.

Kuhn is excited about the future of the afterschool network. She says PSAYDN is actively working on projects that engage people from different fields, careers and backgrounds to mentor children one-on-one, as well as projects to recruit ambassadors to expand access to STEM education in the state.

While the programs Kuhn has served with nurture children, she says she believes they’ve also had a profound impact on her and her fellow service members.

“I think that my work in Flint and my time working in Pennsylvania supporting afterschool programs has really taught me that beyond making a difference for other people, I’ve changed in the sense that I believe in my own ability to lead and my own ability to make change,” said Kuhn. “While we’re trying to impart that to the kids, I think that we’re also getting that back in return.”

She envisions a future in which more young people know about AmeriCorps and see service as a life-changing opportunity.

“Know that you have the power to create change, even though it can feel so overwhelming, or you can feel so small at times,” Kuhn said. “If you decide to do national service, I think it will change the trajectory of your life in the best way possible.”